The brief given to ERG by Veolia Water Systems under contract to the Basra Governorate, was to design and supply pre-packaged, modular odour control units that could easily be installed in remote sewage pumping stations across southern Iraq.

Below: Photo of a thermal fluid heater

ERG’s solution was to supply a standardised hybrid bio-scrubber / carbon filter systems from GRP. Each system incorporates two chambers in a single unit, which are then pre-filled with pumice stone and carbon media respectively. The units are delivered pre-fitted with a fan, a control system, associated instrumentation, pipework, and a vent stack.

The units are also pre-commissioned before leaving the factory so that they were ready to go as soon as they were plugged in on site.

To fulfil this contract, ERG provided four standard models, capable of treating air flow rates from 400m3/hr to 3,700m3/hr, and of removing H2S down to less than 0.5ppm concentration at the discharge stack. All systems are designed so that they can easily fit into standard shipping containers for ease of delivery to Iraq.

ERG was required to design and build these units within a very tight timetable. Manufacturing took place in the UK at ERG’s plastic fabrication division, and all units were shipped on schedule in late 2013/early 2014. Veolia installed all units over the winter and they have been operating successfully ever since. 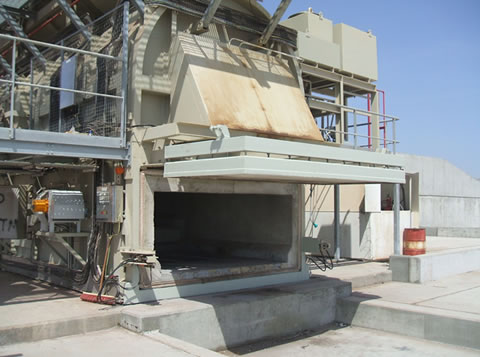